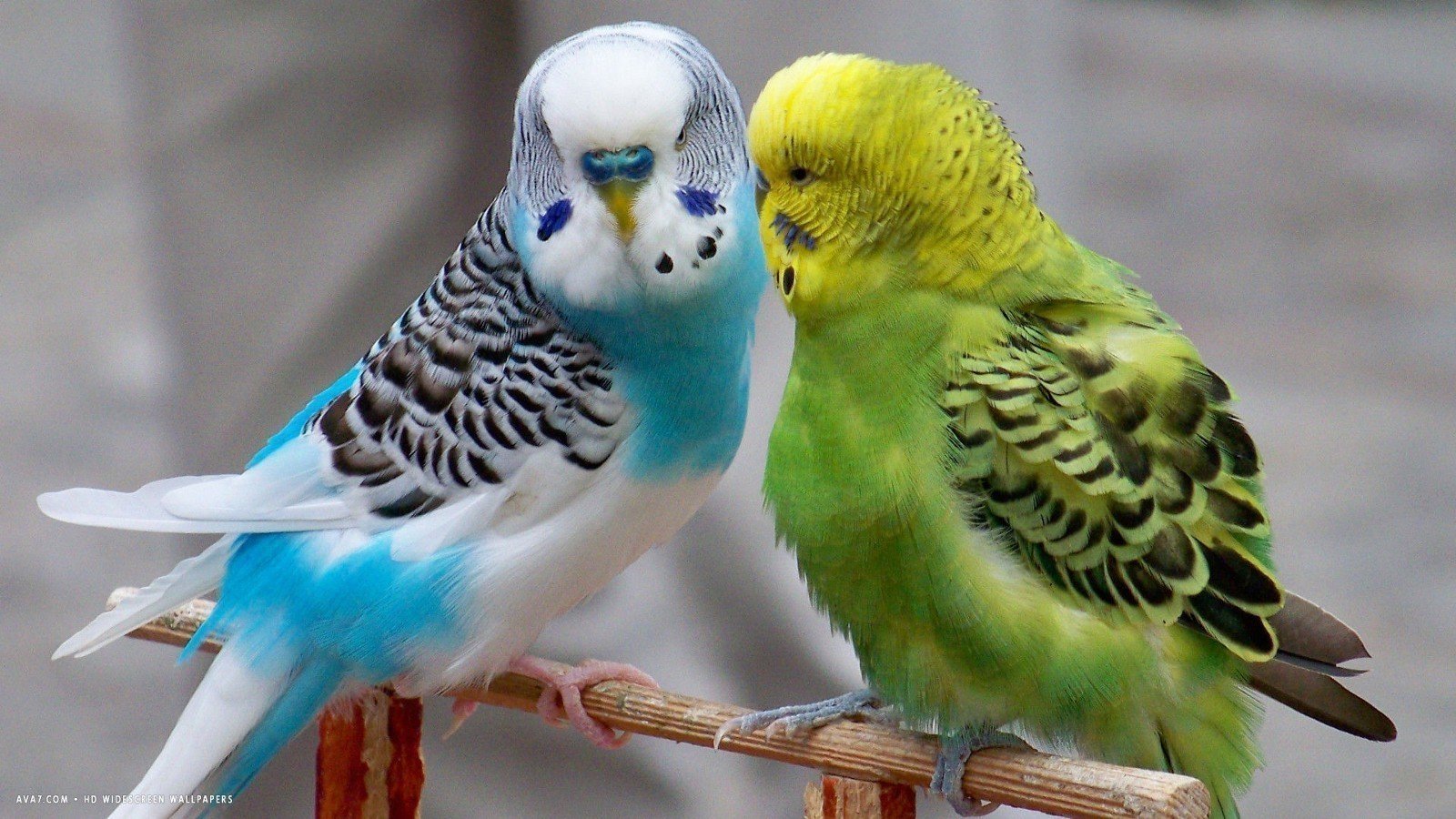 Winnebago County Animal Services adopts birds to be family pets. Under no circumstances should birds be used for food for other animals; for experimentation or laboratory work; or for any other use other than as a family pet. WCAS strictly enforces this policy under the terms of the adoption contract.

About Your Parakeet (Budgerigar)

The budgerigar (Melopsittacus undulatus) also known as common pet parakeet or shell parakeet and informally nicknamed the budgie, is a small, long-tailed, seed-eating parrot. Budgerigars are the only species in the Australian genus Melopsittacus, and are found wild throughout the drier parts of Australia where the species has survived harsh inland conditions for the last five million years. They are naturally green and yellow with black, scalloped markings on the nape, back, and wings, but have been bred in captivity with colouring in blues, whites, yellows, greys, and even with small crests. Budgerigars are popular pets around the world due to their small size, low cost, and ability to mimic human speech. The species was first recorded in 1805, and today is the third most popular pet in the world, after the domesticated dog and cat.

They are very active, playful birds, and they are incredibly intelligent. Some (but not all) budgies learn to talk, there are even budgies have a 100+ word vocabulary! Budgies can easily become finger tame while they are young with some diligent training, even if they were not hand fed as babies.

Many people know them as “parakeets,” but their real name is “budgerigar”. The word “budgerigar” comes from the aboriginal people of Australia, the budgie homeland. We like to use “budgie” as a shortened version of “budgerigar”. In English, “budgerigar” or “budgie” is a more accurate name, because “parakeet” actually refers to a large group of small to medium sized parrot species.

Parakeets have a lifespan of around 10 – 15 years though individuals have been reported to have lived significantly longer.

Egg laying will start 1-2 days after mating. The female will lay an egg every other day, laying a total of 4-9 eggs. The female will sit on the eggs at all times. The eggs will usually hatch at around 18-20 days.

It is usually easy to tell the sex of a budgerigar over six months old, mainly by the cere colors, but behaviors and head shape also help indicate sex.

A mature male’s cere is usually light to dark blue, but can be purplish to pink in some particular color mutations, such as Dark-eyed Clears, Danish Pieds (Recessive Pieds) and Inos, which usually display much rounder heads. Males are typically cheerful, extroverted, highly flirtatious, peacefully social, and very vocal.

Females’ ceres are pinkish as immatures and switch from being beigish or whitish outside breeding condition into brown (often with a ‘crusty’ texture) in breeding condition and usually display flattened backs of heads (right above the nape region). Females are typically highly dominant and more socially intolerant. When females get older, their ceres tend to be brown usually, females are often more bossy and rude with their own gender, but with males they get along better; usually when budgies of different gender are put together, they tend to be more kind to each other. Some will not even fight or peck at each other for their lifetime

Like many birds, budgerigars have tetra chromatic color vision, but all four classes of cone cells operating simultaneously requires the full spectrum provided by sunlight. The ultraviolet spectrum brightens their feathers to attract mates. The throat spots in budgerigars reflect UV and can be used to distinguish individual birds.

Parakeets love to bathe. Some prefer a misting with a spray bottle, others enjoy a good soak in the “tub” when you offer them a shallow bowl of water. In the wild, parakeets like to roll around in the grass after a rain shower. In our homes, many parakeets will appreciate a bowl of wet greens, such as parsley, to crawl around in. Your parakeet will need to bathe 2-3 times a week, and more often if it prefers.

Many people make a mistake in believing that small birds only eat seeds. In fact, many people are told as much when they purchase their parakeets. That information is wrong and will lead to health problems due to the bird’s dietary needs not being met. Parakeets need the nutritional advantages of fresh fruits and vegetable, grains and legumes. Foods such a strawberries, blueberries, broccoli and tomato are all acceptable options.

Additionally, the bird will need a healthy, organic pellet and fresh water that is changed at least once daily, served in clean dishes

Parakeets are flock creatures, and part of their care is providing social activities. If their human family members are home a lot, able to hand tame the bird, and give it lots of interaction time, then they will become its flock. Parakeets can form strong bonds to their human flock mates. If they will be gone a lot, then the parakeet should be kept in an environment with other parakeets. The human/bird bond may not be as strong but it is healthier for the birds overall. Without a companion the bird may suffer from depression and other mental health problems.

Parakeets are quite inquisitive and active and should always be provided with a supply of toys to keep them mentally stimulated. Basic toys with bells, beads, and rings will be favorites. Swings and chew toys are recommended. Keeping toys outside of the cage and rotating them keeps it clear of clutter. Additionally, it can be greatly beneficial to allow parakeets time outside of their cage so long as steps have been taken to insure a safe environment for the bird.